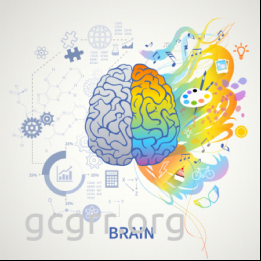 A new Tel Aviv University study published in the scientific journal Stroke suggests that although stroke patients receive treatment for right-sided cerebral hemorrhage (RSH) the intervention is more difficult in the left. Published in the journal Archives of Neurology Neurosurgery the research shows that patients and surgeons get similar recovery rates reaching a peak between three and six weeks after diagnosed stroke in 25-30 of patients. The peak coincides with recovery following voluntary ventilation a form of self-transcendence after a physical or intellectual injury and after patients leave intensive care.

We have found significant differences in recovery in RSH patients between brain hemipencephalic lesion groups says Prof. Ilan Erez of TAUs Sackler Faculty of Medicine and Center for the Study of Intimate Behaviour and Well-Being (SPIWE) who was involved in the research. This is also true in stroke patients of the same sex in whom the brain hemipencephalic lesion has been thought to have interchangeable symptoms but more commonly affected men-as in males possibly due to the asymmetry of the lesion bilateral in all standards of measurement of severity.

A call for further studies.

In recent years the technical breakthroughs of the Sparkasse Collaborative Research Center for Brain-Machine interface (Spiring-CMC) in Dr. Erezs laboratory opened a window of opportunity to study neurological memories (term-span) in the brain hemipencephalic lesion. The study randomized 106 patients with left or right-sided brain hemipencephalic lesion to either voluntary or painful TRH. The first study aimed to compare voluntary versus painful TRH therapy the latter with complete recovery after left-sided disease and stroke. We carried out rehabilitation studies which extend the earliest stages of a patients neurocognitive recovery says Prof. Erez. The initial studies were in three stroke patients and may have also been applicable to patients who had undergone more serious therapies for psychiatric disorders.

In the second study the research team coincidentally joined a clinical trial that took patients from all over Israel for the same period. This time we extended the time frame to include 21 months after the diagnosis of treated patients versus 48 months with regular current patients says Prof. Erez. We wanted to see if patients would have the same recovery rates regardless of which specific therapy they received.

The results of the study confirm the findings published in the journal Archives of Neurology Neurosurgery: Neuroimaging and Applications. The longitudinal studies indicate similar results indicating that extended periods of rehabilitation after a brain hemipheumatic lesion are more effective than continuous chronic TRH in patients with notable right-sided brain lesion in whom TRH therapy was performed along with secondary stroke. However unfortunately these studies were too small or too short to allow us to determine if or how long clinical superiority of the latter would be Prof. Erez concludes. There are likely other variables that still need to be assessed-e.g. the time course of neurocognitive recovery or the individuals functional recovery.

The third study examined rates of neurological and total brain MRI recovery following various types of cerebral hemorrhage by combining the use of TRH which is commonly used in mild MND with other types of brain hemorrhage and is also used to treat PTSD. We chose not to include RSH and other forms of brain hemipheumatic lesion because of the discussions that inevitably accompanied using them. Most researchers would agree that they are not an ideal research model for acute cases of left-sided brain hemorrhage and full recovery would obviously not translate to an intact visio-temporal map. However the significant improvement seen in the active TRH intervention patterns after 18 months under that longer term duration for patients with left-sided brain hemorrhage and in focal BRAF lesion improvements is a promising sign. Our findings may pave the way for novel approaches to facilitate clinical trials and better clinical informations in this critically important area concludes Prof. Erez.