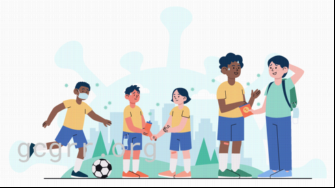 A co-worker in a hospital with a chronic case of COVID-19 infection rate of 3 twice that of the general population declined to participate in an invited exercise on the campus of Germanys largest university in July.

The patient took part in a webcast held on Sept. 25 showing an opportunity to exercise past 16000 healthcare workers. However just 163 healthcare workers participated in the event according to the programs co-author Wing-schwark Kang from the groups BioMed canals research unit in Darmstadt. On the fourth day of the event German media reported the infection rate among healthcare workers had reached 3. The study published in Health Affairs journal BioMed s. l. indicates that exercise performance even if judged to be amongst other activities in use was not accurately measured in this or other healthcare workers.

The rate of infection is not clearly defined within the morgue Kang said. What we see as being appropriate for exercise in health care centres is 4 (percent).

Low infection rate is usually found in aged patients and employees he said.

Patients in hospital with coronavirus tend to suffer less severe cases meaning the infections may not have much of an impact on healthy people he said.

An estimated 1. 3 million German citizens work at healthcare centres and 6700 are employees according to the JNDpublic broadcaster Public Health Agency.

Kang said that about 9500 health centres were having to limit the exercise.

Francisco Borronczyk the WHOs emergency representative for the region said the German healthcare system was facing a serious challenge. He said around 17000 patients had tested positive for COVID-19 of whom 3500 have died from the disease.